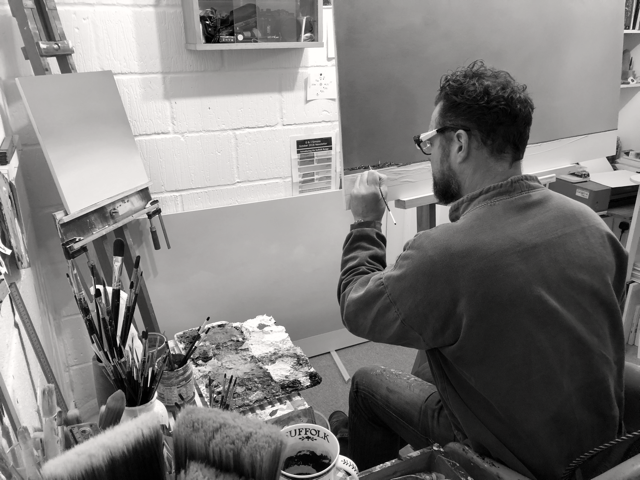 ​I am an English coastal landscape painter, born and raised in Southwold, a small market town located on the Suffolk Heritage Coast. My family has lived in Southwold and the surrounding area for several generations and have historical family connections to local towns and villages including Dunwich and Covehithe. A long association with the sea on both sides of my family continues to influence my work and reinforces my bond with the North Sea and coast.

Working in mixed media, my paintings reflect my lifelong love of the East Anglian coastline and its alluring horizons. I often explore the juxtaposition of large open skies with distant buildings and objects, and have become well-known for my meticulous, sometimes miniature photo-real details.

Since graduating from Manchester Metropolitan University in 1995 I have exhibited my paintings in the United Kingdom including London, Cambridgeshire and Cornwall, and also at the Serena Hall Gallery in Southwold for over 25 years. In addition to public exhibitions I have completed several major commissions for both private and commercial clients.